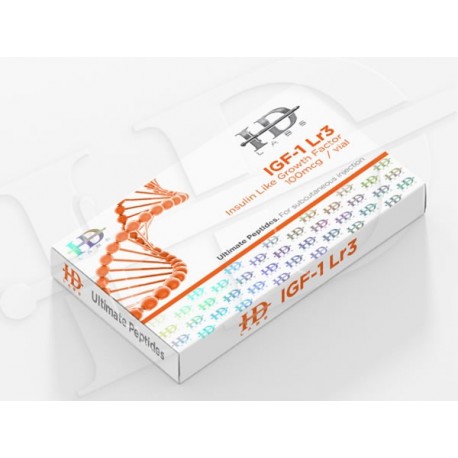 This product is no longer in stock

The Long R3 IGF-1 version is significantly more potent than regular IGF-1. The enhanced potency is due to the decreased binding of IGF1 LR3 to all known IGF binding proteins. These binding proteins normally inhibit the biological actions of IGF's therefore IG-1 LR3 has been shown to have increased efficacy and function .

This IGF-1 LR3 analog of IGF-1 has been created with the purpose of increasing the biological activity of the IGF peptide.

IGF1 LR3 is also known as Long R3 IGF-1 or Insulin-Like Growth Factor-I Long Arg3. This is a human recombinant, single, non-glycosylated, polypeptide chain containing 83 amino acids and having a molecular mass of 9200 Daltons. IGF1 mediates many of the growth-promoting effects of growth hormone (GH; MIM 139250). The LR3 is a long-term analog of human IGF-1, specifically designed and manufactured for mammalian cell culture to support large-scale manufacturing of recombinant biopharmaceuticals. Early studies showed that growth hormone did not directly stimulate the incorporation of sulfate into cartilage, but rather acted through a serum factor, termed 'sulfation factor,' which later became known as 'somatomedin'.

10 other products in the same category: